In addition to engineering parts, DLP light-curing 3D printers are also used in the jewelry industry. Due to the relatively small size of DLP 3D printers at present, the company can easily set up one by itself, which can effectively prevent the company's jewelry design drawings or drawings from leaking during product development. If there is a 3D printer in the company, as long as the designer has finished designing the 3D model of the jewelry, it can be printed. Some DLP 3D printers are able to print resin wax for casting molds. This resin wax leaves very little residue after burning, which can greatly improve the smoothness of the jewelry produced. 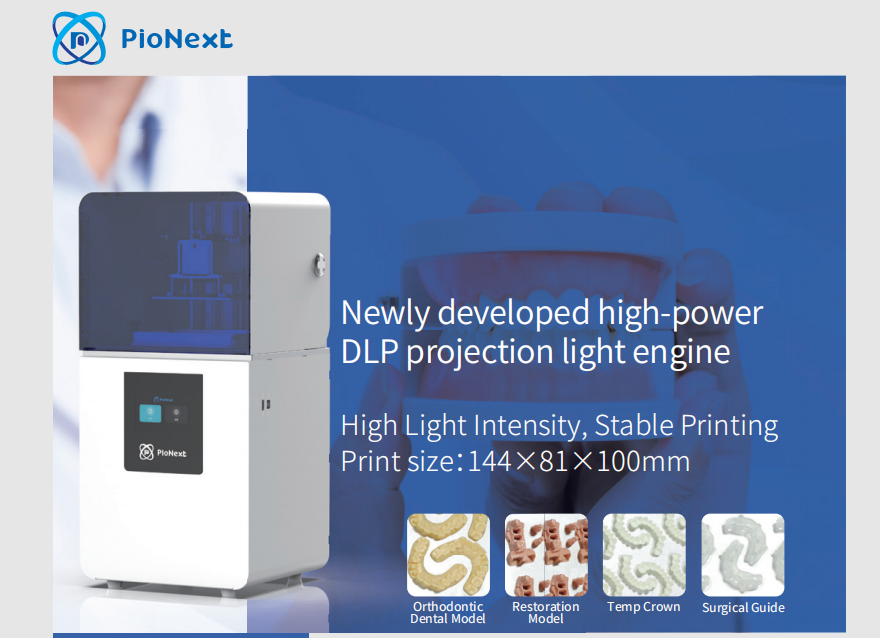 Dental 3D printers have been successfully used to manufacture small and sophisticated parts for Orthodontists and dentists. The introduction of this medical field provides a gateway technology, which has great future prospects, can change the time, ability and cost of oral health, and find self-sufficient and effective solutions.

3D printer is a new product. Although it has been around for a long time, it is very rare to use jewelry embedded in the application field. In other words, it has not been popularized yet.

The global jewelry industry is in the stage of upgrading and transformation. Jewelry sales through traditional channels have been difficult to meet the personalized needs of young consumers. Many young consumers who pursue the trend are keen to show their personality. Therefore, jewelry customization according to personal preferences and tastes has become a consumption mode for young consumers.