3D printer is a new product. Although it has been around for a long time, it is very rare to use jewelry embedded in the application field. In other words, it has not been popularized. The 3D printer that first appeared was FDM. In layman's terms, it was a nozzle that could heat up the plastic filaments, extruded according to the nozzle, sliced ​​according to the 3D drawings on the computer, and painted layer by layer. Come out, after the plastic product is cooled, it is a 3D solid model, and then after modification, it becomes a more perfect solid model. However, this type of printer cannot be used in jewelry making. In the middle and late stage, light-curing printers appeared. After slicing the 3D solid model on the computer according to the projector, it was projected layer by layer to the bottom or top of the liquid resin tank. The accumulation of layers, and finally make a 3D solid model. This type of printing is faster and the molding effect is obvious. The disadvantage is that the overall physical model is not as large as that of FDM.

There are three types of light-curing 3D printers, one is DLP printer, the other is LCD printer, and the other is SLA printer. The difference between the three types is that the physical model printed by the DLP printer has small layers, and the LCD printer requires an LCD display, but the LCD display relies on the dot matrix to complete the display information, so the printing will have obvious layers. Do not use a 2K or 4K display to reduce layering, SLA printers belong to laser curing, which is faster and has the best actual effect, but the price is very high. 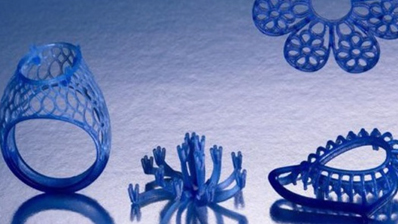 After introducing the printer, now introduce the application field of 3D printer in embedding.

In embedding, the molding must be made with high precision and the effect is obvious, so that the things that are poured out are accurate. Therefore, only a photo-curing 3D printer is used, and a 3D jewelry solid model is made on the computer according to the 3D drawing software. After slicing, it is sent to the printer, usually sliced ​​at 0.05-0.1 mm layer by layer. After a few hours of printing, a solid model of the jewelry can be printed. As shown below 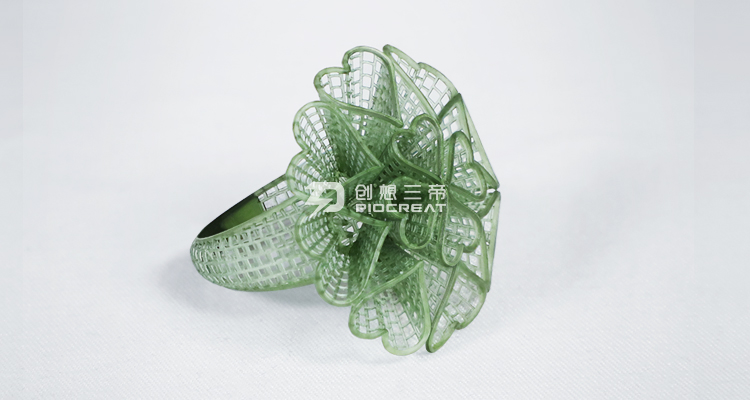 The global jewelry industry is in the stage of upgrading and transformation. Jewelry sales through traditional channels have been difficult to meet the personalized needs of young consumers. Many young consumers who pursue the trend are keen to show their personality. Therefore, jewelry customization according to personal preferences and tastes has become a consumption mode for young consumers.

At present, the application of 3D printing technology in jewelry is also very skilled, and can jewelry made by 3D printer become an asset in jewelry production? Maybe, you don't have your own jewelry business yet, but anyway, 3D printed jewelry has become a hit in the market. How is it different from traditional manufacturing?

3D printing technology has solved the cost problem of jewelry very well, making personalized customization possible. The public can also choose their own creative designs according to their wishes, adding personality and commemorative elements to the wedding ring jewelry.